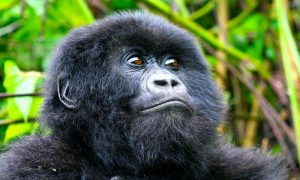 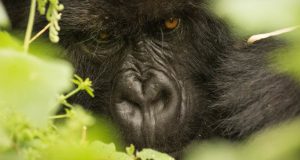 DR Congo or the Democratic Republic of the Congo is another hidden natural wonder of Africa. This lesser-known country has a tremendous wealth of spectacular national parks along with stunning rain forests. This has led to a rise in Congo Safaris .

About Democratic Republic of Congo

The capital city of the Democratic Republic of Congo is Kinshasa formally known as Leopoldville which carries a big population of people who speak French as the official language in the whole country. DRC was previously called Zaire and it’s also the second largest country in the whole of Africa. The country borders many countries that include; Uganda borders DRC in the East with Rwanda, Burundi, and Tanzania, in the southern part of DRC, Zambia borders it, in the southwestern part, we find Angola bordering DRC, in the western part of DRC, the Republic of Congo is the on bordering it, in the north, we have the Central Africa Republic bordering DRC, and South Sudan neighbors it in the Northeast.

In 1885, the king of Belgium called King Leopold II earned the rights and he took over the land and named it Congo Free State. He put up a variety of infrastructure projects like the railway that could go from the coast to Leopoldville (Kinshasa) which took some few years to be completed. The Democratic Republic of Congo is found at the center of the African Continent and it’s an Equatorial Country. Congo is almost a landlocked country besides the Atlantic Ocean which is along the Silver Coast.

The tourism beat of the Democratic Republic of Congo (DRC)

This river is the largest river in Africa and its 3.7million squire kilometers with a Congo basin that is rich in tropical rainforest and a swamp. It has the second largest rainforest in the whole world whereby the first one is the Amazon rainforest which goes northwestern Brazil and extends into Colombia, Peru, and some other South American countries. Congo River is also the 9th deepest river in the whole world which is 220m deep and the second longest river in Africa which flows directly into Atlantic Ocean. Congo basin is a view of over 1000 species of birds and 700 recorded species of fish than any river in the whole of Africa.

The river contains dangerous rapids, numerous islands which sometimes make map-reading hard in some few areas around the river. The Congo rainforest is famously known for its high levels of biodiversity that carry more than 600 tree species and 10,000 animal species. The forest covers 45% of the DRC land giving chance to plenty of mammals to create homes for themselves in this forest.

Virunga tops in the list of national parks for DR Congo safari for its iconic mountain gorilla population. The national park is the oldest national park in the country. The park covers up 7, 800 square kilometers area in Congo.

This is the oldest national park in Africa and it lies over 7,800 square kilometers and is rich in tropical forest, savannah, lakes, lava points, swamps, valleys, Roshan valley, and the peak of the Rwenzori mountain in Uganda. Virunga national park was established by Albert a Belgium man in 1925 previously known as Albert National park which was named after him. This park is found in the northeastern city of Kinshasa and is easy to access and contains a variety of wildlife species.

Congo as a country is rich in natural mineral resources like Gold, Diamonds, Oil, and many more to mention. Besides that, the country has tracked 238 animal species including the big 5 animals. Congo also has a variety of animals that you won’t find anywhere else but in Congo, these include; Okapi, Bongo, Bonobos/Pygmy Chimpanzees, Congolese Peafowl, Aardvarks, Grauer’s/Eastern Lowland Gorillas, and many more others. When it comes to tracking in Congo, this is the only country in Africa where tourists track both the Wild Mountain Gorillas and Grauer’s Gorillas at the same time.

Other common wild animals are found in the Democratic Republic of Congo. These include; African Bush Elephants, African Forest Elephant, Golden Cat, Antelope, Baboons, Buffaloes, and many others.

The country also has a variety of bird species that include; the grey parrot, barn owl, bat, shoe bills, and many others.

Having an alluring view the national park will surprise you with its diverse landscape. You can spot forests to swamps to lava plains; as well the landscape offers erosion valley and active volcanoes. The ever-changing scenery of the park drives tourists crazy. The national park is a synonym to Congo Gorilla Safari.

Apart from Congo Gorilla Tours you can explore a few other national parks with a decent game population as well as having breathtaking natural wonders. Few of them are;

Activities are done in Virunga National Park in Congo

This activity is one the best activities in this park where a tourist gets to view beautiful montane landscapes in the surrounding countries like the snow summits in the relief of Mt. Rwenzori, volcanoes in Virunga conservation area, and the wonderful alpine vegetation of trees species and the impenetrable forests.

Nature lovers, this can be a perfect place to see wonderful things in Virunga National Park, the park is a tropical rainforest with a wide range of dense vegetation with accountable animals species like an elephant, buffaloes, different types of monkeys, the Thomas cobs, and a large number of hippos which love being around the banks of L. Edward and other water bodies found in the park.

Hiking in Virunga National Park is done at Nyiragongo volcano where tourists get an exciting moment in the park. The volcano is found in the center of the park with the largest lava lake in the whole world. This lava lake it’s believed to have erupted around 34 times and the last time this mountain erupted, the lava streamed more than 20 kilometers into the community around the park. The eruption last happened in 2002.

The habituation happened in 1987 and was originally formed by a Zoologist called “Frankfurt”. In the early years, it was discovered that Chimpanzees are the most closed animals to humans and this has brought a number of tourists to witness the discovery in Virunga National Park. This can be a fun moment when tracking chimpanzees at this park and they are not dangerous to humans.

This Orphanage is a place for rescued gorillas from poachers to be killed and it’s just next to Virunga national park headquarters. This orphanage center was established in 2010 and named after a silverback gorilla who was killed due to a poacher in Virunga. It’s home to over 4 gorilla families and they receive food, water, and shelter, with well-trained doctors that take good care of them.

The orphanage allows visitors to see how the gorillas are fed, how they play with each other, and also the visitors are allowed to play with them. They receive funds from different organizations, communities, well-wishers, and many others to help in facilitating the gorillas.

This is really done but once you come please do not forget to appreciate the dogs because they play a very big role in the park to trace poachers in and around the park. This group of poachers has been imprisoned for killing the gorillas hence reducing the number of death in gorillas.

The country is great to plan a tour year-round, however, the long dry season is the best suitable. It continues from May to the end of September. During these months the country offers a great climate with a clear sky and sunnier weather. The best thing about the country is even in the peak seasons you won’t have to be worried about high tourist concentration.