Rwanda Travel Information : Rwanda, located in the African continent, is the smallest country in the East African region and carries its official name, The Republic of Rwanda. It is a landlocked country lying along the Eastern arm of the Great Rift Valley of Eastern and Central Africa. This is the region, where most of the African Great Lakes converge.

The country was once in 1994, hit by one of the worst genocides in African history, but has fortunately seen a transformation to a model of hope, peace and good governance on the African continent. The country’s wealth has increased since embracing industrialization plus agricultural modernization, not forgetting both mining and majorly, tourism.
Rwanda lies in the southern hemisphere, with its location a few degrees away from the Equator. The country bordered by Uganda to the North, Tanzania in the East, Burundi in the South, and to the West, the Democratic Republic of Congo, hence having no coastline. 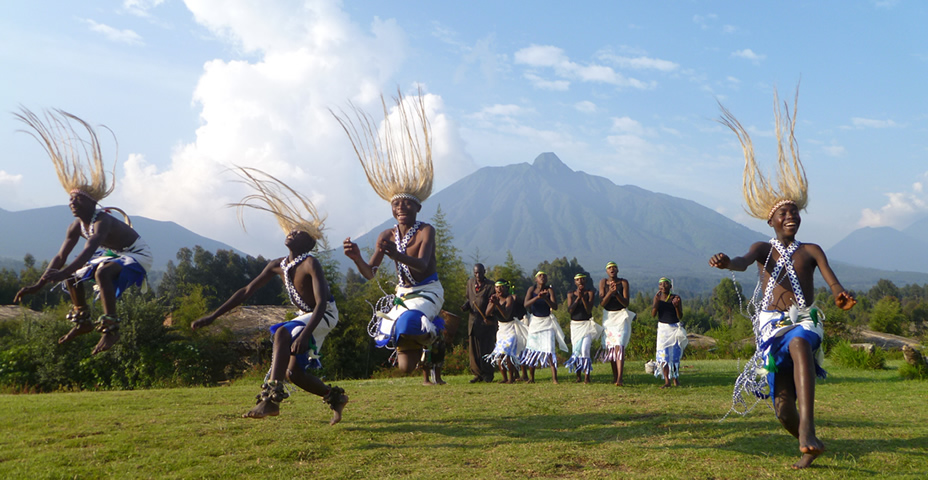 Rwanda is commonly referred to by many, as the land of a thousand hills because of its stunning scenery, more to that, it has a small population of both warm and friendly people who offer unique experiences, making it one of the most remarkable countries in the continent. It is fortunately blessed with extraordinary biodiversity, with incredible wildlife living throughout its volcanoes, montane rainforest and sweeping plains.

Visitors who decide to go on a safari to Rwanda get to see more than just the ever green and mountainous Rwanda than always meets the eye at first sight as the country is also home to three recognized national parks.
Nyungwe Forest National Park is a well famous primate-filled park, with a number of chimpanzees that preside in the jungle plus its the skies that are well filled with a wide range of bird species. In Eastern Rwanda is the second of its parks – Akagera National Park. This park offers big game viewing because of the savannah that is home to some of the big five safari heavyweights like the lions and elephants.

Deep in the heart of the Albertine Rift, lies the third park – Volcanoes National Park and it extends out its territory to DRC and some parts of Uganda. This park is one of the three left homes of the endangered mountain gorillas within the Virunga Mountains. In addition to mountain gorillas, the park is also a safe haven to golden monkeys, Spotted Hyena, buffaloes, elephants, bushbuck, to mention but a few. The park also has close to 170 bird species, some of which are endemics to Rwenzori mountains and the Virungas.