Uganda National Parks are a must visit, one would think this Pearl of Africa  is just crowned with lots of unending insights, from the carpeted flat lands, the mountainous landscapes encompassed by the sky piercing Mountains of the moon-Mount Rwenzori, to the renowned Savannah dwellers. All this is here to give a glimpse to all nature lovers.

One of the great Western explorers and a phenomenon tourist, he described Uganda as the Pearl of Africa, and indeed it is, with all round destinations being a tandem haven of thrilling Adventures, one of the most fascinating Uganda’s attribute, is the Uganda Mountain Gorillas found in the voluminous Bwindi Impenetrable National Park 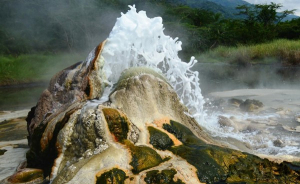 Semliki national park is located in the western part of Uganda near the Rwenzori Mountains. The park also borders the Democratic Republic of Congo in

Mountain Elgon National Park is located in the eastern part of Uganda bordering Kenya. Mountain Elgon covers an area of 1,279 km2 and is bisected 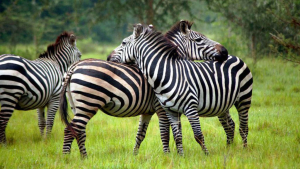 Lake Mburo national park Uganda is located in the western region of the country, between the districts of Masaka and Mbarara. It is over 250

Mount Rwenzori national park is found in the western part of Uganda in Kasese district bordering the Democratic Republic of Congo near Mountain Stanley. Mountain

Kidepo Valley National Park can be found in north east part of Uganda, it borders Kenya and Sudan covering 1442 square km. It has wonderful

Queen Elizabeth National Park is located in the Western part of Uganda. The park has 611 recorded bird species in the Kazinga channel sanctuary which 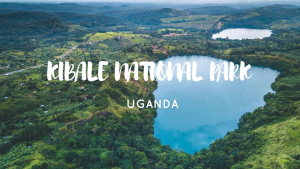 Kibale National Park is located in the western part of Uganda. The forest is 775kms 45% tropical woodland, 40% grassland 15% swamp vegetation the most

Lake Mburo is only 370square km and is the smallest of Uganda’s savannah national Parks. Its mosaic habitat, dry hillside, bushes, thickets, open and wooded savannahs, forests lakes and swamps are home to numerous of wildlife. It offers a splendid opportunity for bird watching as there are over 315 species of birds recorded in Rubanga forest, 5 of which are forest specialists. The common species are the Hawk; Green pigeon, Narinastrogn and Double Toothed Barbet. It also has about 68 species of mammals like Zebra, Buffaloes, Topi, Elands and the Leopard.

Kibale is located in the western part of Uganda. The forest is 775kms 45% tropical woodland, 40% grassland 15% swamp vegetation the most common trees species being the Wild Rubber trees, Polita Figs which support flora and fauna. There are 275 bird species which include the African Grain Hepista, Wood Piker and others. The forest is known to have a wide range of primates like the Red Colobus, Black and White Colobus, Red Tailed Monkey, Velvet Monkey and Baboon. There are also a variety of mammals which include Sitatunga, Bush Pig, Bush Bucks, Otters, Mongoose and Chimpanzees. The 1450 Chimpanzees represents Uganda’s largest population.

Activities that can be in Kibale are Chimpanzee tracking and Chimpanzee habituation, Birding, Cultural Tours and Swamp walks.

Murchison Falls National Park is located in the western part of Uganda covering 3,480 sq km and is the largest national park of Uganda. The park is split in half by the Victoria Nile. At the Murchison Falls, the Nile River falls over the edge of the western Rift valley  and forms the spectacular Murchison falls as it dashes through a  narrow crevice before it falls about 40 meters forming a beautiful rainbow. The park has 450 birds species recorded, and has all the African Big Five (Lion, Elephant, Leopard, Buffalo and Giraffe), Hartbeests, Oribi, countless Antelope, Hippos, waterbucks, chimpanzees and crocodiles while on the cruise. Vegetation is characterized by Savannah and woodland.

Activities that can be done while at Murchison Falls National Park  Include; Game drives, Nature walks, Trail to the tops of the falls, Forest walks, Sport fishing, Bush camping, Hiking and Nature walks, Launch  trips, Chimpanzee tracking and Birding.

Queen Elizabeth is located in the Western part of Uganda. The park has 611 recorded bird species in the Kazinga channel sanctuary which  covers an area approximately 207km. QENP also has 95-recorded species of mammals which include Elephant, Buffalo, Lion, Hippo’s and many more. The Kyambura Wildlife Reserve in the eastern reaches is a protected Area, which supports similar mammals. Other park inhabitants include 10 primate species which include the Chimpanzees, the Black and White Colobus Monkey, Olive Baboon just to name a few. Birds in the Rwenzori National Park and the southern shores of Lake George include like the Black and White-casqued Hornbill and many others.

Queen Elizabeth is well known for its cultural activities. We provide safaris to Queen Elizabeth which also includes a lot of interacting with the local community. We visit homesteads, learn how to make Ugandan African craft, have a look at the Bee keepers farm for honey making, go for a cultural performance and visit the Katwe Village and Salt Lake tour. This Salt Lake tour gives an unique inside into the fascinating yet though process of salt mining, as well as providing an alternative income for Katwe.

Bwindi is located in the southwestern part of Uganda in the Albertine Rift, on the edge of the western Rift Valley. It is 321square km, holds 350 species of birds and contains 905 of all Albertine Rift Endemics, impossible to see in any other part of East Africa. To watch these birds visit Ruhija and Buhoma where you can see birds like the Great Blue Turaco Pelican and dazzling black Bee eater and the African sooty and fly catcher. The Park is a habitation to almost half of the world’s population of mountain gorillas. At the moment Bwindi forest is home to 320 Mountain Gorilla’s of which about 116 are habituated. The Forest has about 324 tree species including vines, shrubs and ferns of which 10 are not elsewhere in Uganda. The forest is coldest in June-July and has a wide range of species of butterflies, mammals, elephants and diurnal primates.  The Park spreads over the districts of Kabale, Kisoro and Rukungiri districts and is at an altitude range of 1160m to 2607m above sea  level with an annual average temperature range of 7-20 degrees Celsius.

Activities that can be done in Bwindi are Gorilla tracking, Birding, Community tours including a visit to the Banana beer brewery and the Buhoma Community Hospital, Forest/ Nature walks, Cycling/mountain biking and visiting the Batwa Pygmies.

Semliki National Park is an extension of the vast Ituri forest and forms part of the forest continuum situated in the extreme west of Uganda, along the Uganda/Democratic Republic of Congo (DRC) border in the western arm of the East African Rift Valley. It is the only lowland tropical rain forest in East Africa and is one of the richest flora and fauna biodiversity areas in Africa it hosts some of Africa’s most spectacular and sought after birds such as horn bills and lyre tailed honey guide. It has 336 tree species recorded of which 24 are restricted to Semliki National and 34% of Uganda’s (441) recorded bird species some not found elsewhere in East Africa. It is bordered by the Rwenzori Mountains, the DRC, the Semuliki Flats and Lake Albert.  The park has four ethnic groups living around it; the Bamba and Bakonjo are cultivators living in the valley and mountain slopes, the Batuku- pastoralists occupy the rift valley floor; the Batwa (pigmies)-hunter gatherers are an Ituri ethnic group.

Kidepo Valley can be found in northeast Uganda, it borders Kenya and Sudan covering 1442 square km. It has wonderful scenery characterized by savannah and mount landscape. It has 475 Bird species these include, carnivores birds like, the Egyptian Vulture, Pigmy Falcon, 4 species of Hornbill, Red bill, Yellow bill and many others. There are 77 species of Mammals recorded which include: the Bat eared Fox, Strait Hyena, Ungulates like Bush Elephant and others.

Activities that can be done in Kidepo are visiting the Kanagorok hot Springs, hiking Mount Morungule, birding and game drives, hiking and nature walks.

Mount Elgon is on the Uganda – Kenya border, it is an extinct volcanic mountain standing at 4,321 meters above sea level. And with a 3840 km2 has the mountain the largest volcanic base in the world. The park was gazette in 1993. Mount Elgon is perfect for mountain climbers, nature lovers, hikers and birders. But the park has more to offer. Mount Elgon has amazing caves left by moving lava and erosion of soft volcanic deposits and a natural pool named after the early explorer Jackson. That is why they call it now, Jackson’s natural Pool. It was names after him as Frederick Jackson was the first one to climb the mountain in 1889. Sipi Falls can also be found in this area. On the western sides of the Mountain are 3 waterfalls that are beautiful to see. Next to that rock painting, wildlife and birds are among the great things you can find here.  The wild life that can be seen here include Leopard, Hyena, Buffalo, Bush Buck, and Water buck, duiker and tree Hydrax.

Mount Rwenzori national park is found in the western part of Uganda in Kasese district bordering the Democratic Republic of Congo near Mountain Stanley. Mountain Stanley’s Margherita Peak is over 5,110m above sea level that was divided at the border of Congo. Mountain Rwenzori is recorded as the third Mountain with the highest peak point in Africa and it is part of the equatorial snow peak.
The lower slopes of the mountain are covered with moorland, bamboo, and well-off with the moist montane forest. The mountains are also rich in huge trees and lively mosses that are covered across the side of the mountain with everlasting flowers which creates a beautiful scene.
The park is big in size and home to over 70 mammal species and over 220 bird species which include 20 Albertine rift endemics. The park also has the world’s rare vegetation, waterfalls, and lakes.

Gorilla tracking is the most exciting tourist activity in Mgahinga National Park Uganda. The adapted gorilla group in this park is called the Nyakagezi, which consists of 9 members, 3 adult females, 2 silverbacks, 2 juveniles and 2 infants. However, due to their constant movement it is advisable to check the current location of the gorillas first.

The Uganda Safari guide leads you through the gorilla’s world, explaining aspects of their ecology and behavior along the way. Gorilla tracking in Uganda – Mgahinga  can be tiring and may take the whole day. We must stress that, while you have a very good opportunity of seeing gorillas, success is not very certain. They are wild creatures with no fixed routine, and finding them requires the skill and familiarity of your trackers and guides, as well as luck. The trackers and guides have helped to habituate the gorilla groups and know them closely. Please feel free to ask guides while walking, to slow down if they are going too fast and if you need to rest. Take time to stop and enjoy the trees, flowers and birds. Gorilla Tracking can be physically demanding, so go prepared. Take time to read through the Uganda Gorilla trekking Safaris rules prior to your trip.