Lake Mburo national park Uganda is located in the western region of the country, between the districts of Masaka and Mbarara. It is over 250 km from Kampala to the park which will take like 4 to 5 hours to drive by road through Masaka road. The park lies in an area of over 350 km2 including lakes and other wildlife species.

The park has a variety of exciting things that you wouldn’t want to miss out while on a Uganda safari, like the wetlands that shield plenty of mammals and birds that are only at Lake Mburo national park and a few common ones. The land of the park has a carved landscape that has rolling hills and well-shaped lake shores. The park has features like forest audiences, seasonal and stable swamps, rich in woodland, and savannah grassed valleys that gives support to the growth of wildlife.

In 1933, the land where the Lake Mburo park sits was officially gazetted to control the hunting area and protect the wild animals. The place was upgraded to a game reserve 30 years later. The land was officially owned by the Bahima and the Banyankole who used to live on the land with their cattle. In 1983, the game park was improved to a national park which was decided by the former president of Uganda the late Apollo Milton Obote.

The park is among the 8 Top Safari Tour Attractions in Uganda as it has a variety of attractions that you wouldn’t want to miss out while on a Safari to Uganda. Most of thewe attractions are always included in The Best Safari Tour Packages in Uganda and Rwanda .These include:

Lake Mburo national park Uganda is home to over 60 mammals including 2 of Africa’s big 5 safari animals. Mammals that are rarely found in other safari parks countrywide include Impala, Eland, and klipspringer. The park has other mammals that are commonly seen including the zebras, waterbuck, topis, Bushbuck, Buffaloes, Warthogs, Leopard, Jackal, hippos, and many more though not mentioned. The Reedbuck and Oribi can only be seen in open valleys while the hyena, genet, bush pigs, and white-tailed mongoose usually glance at night just in case you encounter a night game drive.

The park is home to over 340 bird species that include water birds, forest birds, and savannah birds. These include the African Fish Eagle, Immature Little Bee-eater, Malachite Kingfisher, Pied Kingfisher, African Fin Foot, Egyptian Goose, and many others though not mentioned.

How to get to Lake Mburo National Park

Lake Mburo national park is one of the nearest national park in Uganda which is over 250 km from Kampala and the journey will take 5 to 6 hours including stop overs for breakfast and sight seeing. The park has only two entrances which are the Sanga Gate and Nshara Gate which can be accessed easily. The Sanga gate is used for someone from Kampala who passes through the Hoima road while the Nshara gate is used while coming from Mbarara district.

Lake Mburo national park can also be accessed by air using the Areolink Uganda chattered flights. These take tourists from Entebbe international airport or Kajansi airstrip directly to Mbarara town. The flight might take an hour and then transfer to the park by a safari vehicle that will take like 30 to 40 minutes drive through Nshara gate.

This is quite an amazing experience cruising on the fresh waters of Lake Mburo Once you visit Lake Mburo national park, this can be one of the exciting moments where you get to see the hippos, crocodiles, and sometimes buffaloes that only come to take water mostly in the dry season or sunny hours. The lake also has beautiful birds and a perfect view of the lake that you wouldn’t want to miss.

When it comes to a game drive at Lake Mburo national park, it is done in the savannah grasslands of the park. This African safari gets you to see plenty of wildlife more so mammals, birds, and many more. This usually takes 2 to 3 hours though sometimes it can take the more time if you still want to enjoy watching the wildlife. This is one of the top activities at Lake Mburo national park.

The park is among the best birding sites in Uganda that has over 340 bird species and a few of them are savannah birds, some are water birds, and the others are forest birds which give an amazing moment for this activity. Birding usually don’t have a specific time it will end but trust me you will love watching the birds fly and you wouldn’t want to stop looking at them.

These are usually guided by a park ranger just in case of any bad behavior of the animals. Lake Mburo national park is open to both all tourists to enjoy the perfect views of the wildlife. These walks usually receive a high number of tourists because they can be organized the moment you arrive at the park. 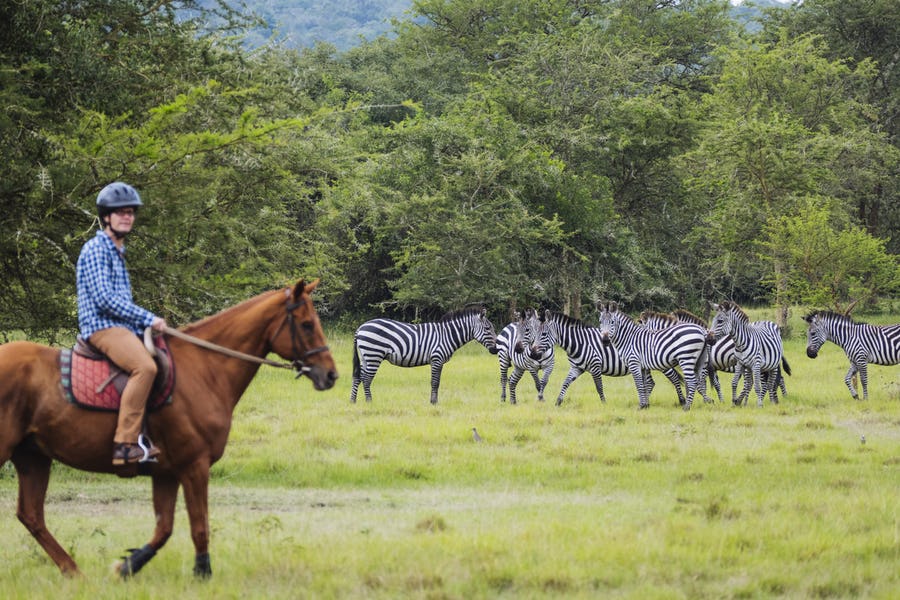 Lake Mburo is home to over 5 species of fish which makes fishing activity possible at the park. For this activity, expect to catch tilapia, lungfish, mad fish, and a few others. This is quite interesting to do while watching other wildlife species on the boat. The fishing spot is at Mazinga and sometimes along Lake Mburo, for those that are worried about crocodiles and maybe the hippos, they have places that they don’t reach and that’s where fishing is done.

Among the few places in Uganda that do this Horseback Safaris in Uganda, Lake Mburo is part of them. This is a unique experience that you wouldn’t want to miss on your Uganda Safari where you watch wildlife while riding a horse at the same time. It is kind of scary for guests without any horse riding experience, but is as fun as you would imagine.

Lake Mburo National park Uganda has got plenty of accommodation options for all visitors according to their budget. The lodges are found near the park making accommodation easier while organizing a trip to Lake Mburo national park. Some are Budget, others Midrange and a few luxury, to fit all guests needs. Bookings can be made throug any of the registered Uganda Safari Companies that offer safaris to this park. 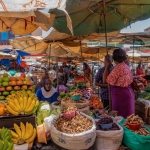