Queen Elizabeth National Park is located in the Western part of Uganda. The park has 611 recorded bird species in the Kazinga channel sanctuary which  covers an area approximately 207km. QENP also has 95-recorded species of mammals which include Elephant, Buffalo, Lion, Hippo’s and many more. The Kyambura Wildlife Reserve in the eastern reaches is a protected Area, which supports similar mammals. Other park inhabitants include 10 primate species which include the Chimpanzees, the Black and White Colobus Monkey, Olive Baboon just to name a few. Birds in the Rwenzori National Park and the southern shores of Lake George include like the Black and White-casqued Hornbill and many others.

Queen Elizabeth is well known for its cultural activities. We provide Uganda safaris to Queen Elizabeth which also includes a lot of interacting with the local community. We visit homesteads, learn how to make Ugandan African craft, have a look at the Bee keepers farm for honey making, go for a cultural performance and visit the Katwe Village and Salt Lake tour. This Salt Lake tour gives an unique inside into the fascinating yet though process of salt mining, as well as providing an alternative income for Katwe.

The Park straddles to cover over 1,978 square kilometres and is a master piece for a variety

In 1921, the Pastoralist Basongora used to stay there with their cattle, that year a rinderpest epidemic and sleeping sickness attacked them and caused great death and also emigration among themselves. They believed that this was caused by the colonial government that used to campaign for vaccination among their livestock. The game was raised when the British colonial government decided to force out the remaining people from their land to generate game reserves. The homes of these Basongora were burnt down and their livestock was killed causing them to flee across the border and seek refuge in the Democratic Republic of Congo (DRC).

The park was established in 1952 as Kazinga National Park by merging with Lake George and Lake Edward game reserves. In 1954, Queen Elizabeth II the Queen of England visited Uganda and the park’s name changed to Queen Elizabeth national park in honor of her visit to our country. The last remaining communal grazing rights of the Basongora herdsmen were revoked which caused many more to cross the border with their livestock into Virunga national park. Later on in 1964, they started coming back from DRC because of the Mulele Rebellion which caused the argument. They settled in the park to the north of Lake Edward with their livestock claiming their property and lack of repayment when the livestock was killed.

How to get to Queen Elizabeth National Park

Queen Elizabeth national park is accessed by the following;

This journey has two routes from Kampala to Queen Elizabeth national park, via Masaka road then Mbarara to Kasese will take 6-7 hours (404.6km) east of the park. And then via Kampala Hoima Road to Kyenjojo to Hoima will take 8-9 hours (467.5km) north part of the park. This can be an enjoyable trip on the road where see a lot of things on the way to the park.

The park is accessed by air from both Entebbe international airport and Kajansi aircraft. Kajansi is easier for a tourist who is near Kampala and it’s much closer than Entebbe international airport. This is organized on a daily basis and it gets you close to the park. Nearby aircraft are, Kasese, Mweya, and Ishasha. The flight takes approximately an hour to these aircraft near the park.

The park has a variety of wildlife species including grasslands, woodland, moist tropical forest and wetlands, freshwater bodies, and saline lakes. These include;

Queen Elizabeth national park is home to big mammal species that include lions, leopards, elephants, and buffalos. They are usually seen across the plains, woodlands, and shorelines. 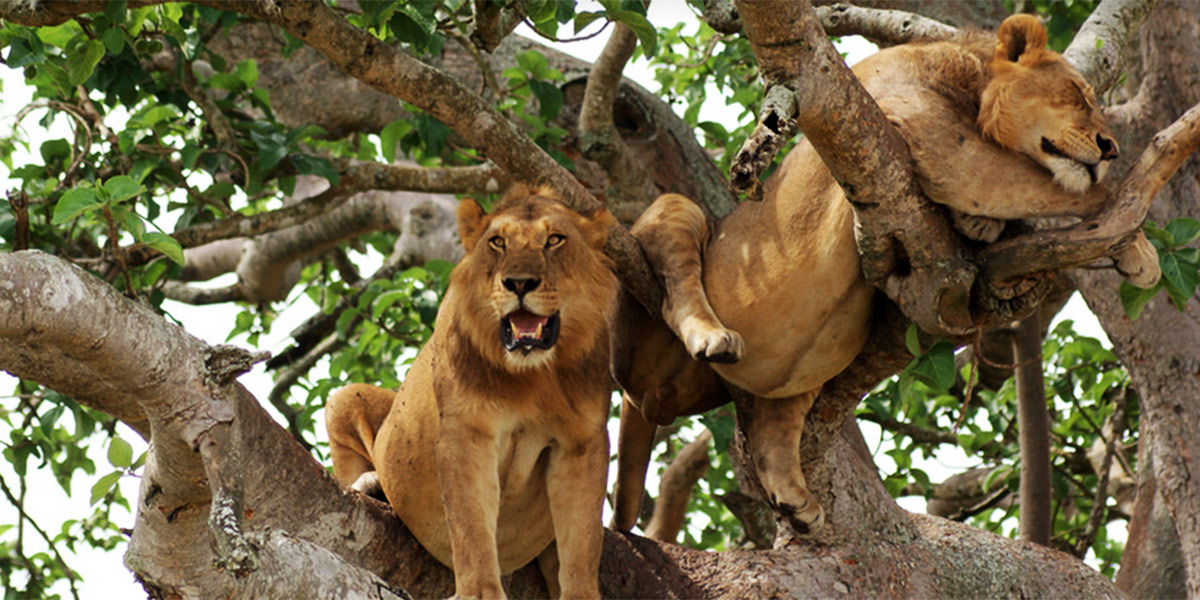 Other animals include; Warthogs, Waterbucks, Ugandan Kob, Topi, giant forest hogs, bushbucks, oribis, hippos, and Sitatunga Antelopes that are usually in the wetlands around Lake George.

Queen Elizabeth national park is home to over 10 species of primate. These include; chimpanzees which mostly hide in the forests of Kyambura and Maramagambo. There are also olive baboons which are good when it comes to grabbing eatables from any human. The park also has Black and White Colobus, Red Colobus, Red-Tailed Monkey, L’Hoest’s Monkey, Blue Monkey, Grey-Cheeked Chested Mangabey, And the Vervet Monkey

NOTE; Queen Elizabeth National Park is mostly famous for tree climbing lions that are usually seen during a game drive in the Ishasha sector which is found on the southern side of the park. These lions are mainly seen lying up inert on fig tree branches during the afternoon glazing on the Uganda kobs grazing in the wide open savannah plains.

Activities to do in Queen Elizabeth national park

Mweya Peninsula and Ishasha plains are part of Queen Elizabeth National Park and these can be perfect places for a game drive. Ishasha plains is more of an open woodland that has plenty of fig trees for the tree-climbing lions and it’s really an exciting moment for the tourists. These are the best places to have a game drive where you get to see a variety of animal species and bird species with their behavior too. The game drives are usually organized on a daily basis and it’s done in the morning and in the evening with a tour guide.

This activity gets you to watch wildlife from the water which can be peaceful for the tourists and the wildings too. When the sun reflects from the broken surfaces of the water usually changes the manner of the wilding while watching and waiting for its reaction. The boat cruise is organized daily and twice a day with a group of people. It usually takes over 3 hours and its startup point is at Pelican Point at the shores of Kazinga Channel. The elephants, hippo, buffalo, antelopes and the lovely variety of aquatic bird life.

This activity is also done in Queen Elizabeth National Park but it’s outside the park. This takes a few hours tracking our closest relatives through the forest and the chances of seeing the chimpanzees is like 60% because they keep on moving from one place to the other. Chimpanzee tracking needs when a tourist is healthy enough to move for long to avoid accidents on the way. 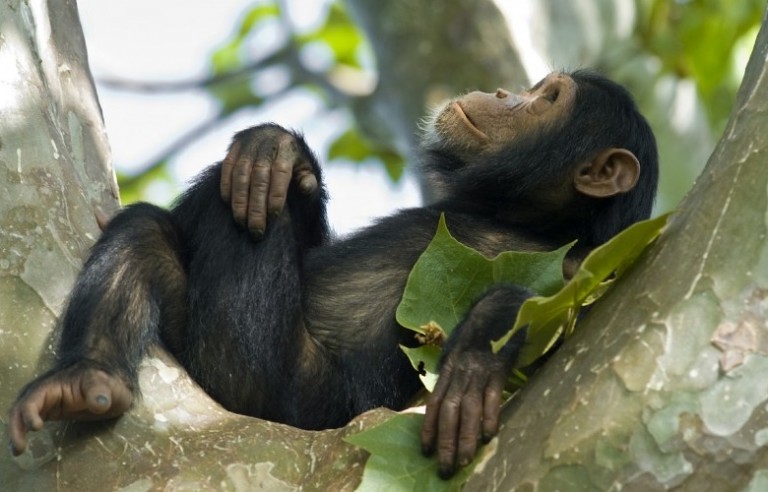 This is quite interesting that you get to see different kinds of tree species which are old, very long, and many more. In the Maramagambo forest, there is a cave for bats but dangerous. This cave has snakes inside them which have bats that are food to them. You get to see some primates like monkeys and many others. You also get to see bird species along the trees at a distance. This is a very thick forest that can shelter a group of people for a while and avoid the hot sun. This can even take a whole day if you want to because it’s such an interesting experience at this park.

Queen Elizabeth national park has 72 craters of different sizes scatter throughout the park. The crater lakes are proof that the area’s tumultuous volcanic history of the park. Most of them are gathered in the north of the park creating an interesting half-day drive when the view and early record the center relatively with wildlife. This is really interesting to think about the shaping of the craters in dozens of fancy earth’s crusts that became enclosed by flora and fauna over the cover many years. The gorgeous and fiery past of the cater lakes really contrasts with the vegetation that creates the forested oasis of life that is still up to now.

This lake is one of the beautiful lakes found at Queen Elizabeth national park. Visiting the salt plans of Katwe makes you understand the human history of this park. You will get to see how people work in this sharp environment who practice trade with deep historical roots that once formed the wealth of a powerful kingdom. The traditional techniques that are applied in the shadow of an abandoned processing plant proved unable to handle the high levels of salinity found at Katwe. The place is so hot, that the sun usually brightens harshly and this can’t keep you at Katwe for a while.

Queen Elizabeth national park is home to a variety of bird species that are not easily spotted in any other part of Africa. This park is one of the outstanding bird paradise in Africa and birding is usually done very early in the morning or late in the evening. Birds are spotted mostly when on a game drive, boat cruise, nature walk, and hiking.

This is a unique experience in the Uganda wildlife safari which is normally done very early in the morning only if it doesn’t rain. This gives you an aerial view of the park while appreciating the unique landscape and plenty of wildlife below you.

This is the activity that defines Africa, tourists get to visit local traditional homesteads and enjoy exciting music and dances which are performed by the locals. Locals traditionally harvest salt from Lake Katwe which is among the interesting things about the cultural tour.

When it comes to accommodation, the park has a variety of rooms for all kinds according to your budget. The lodges provide facilities that will suit your needs like homely beds, restaurants that prepare all kinds of food like international food, local food, and many other foodstuffs, they also have free Wi-Fi that is put in public places, and gardens are also there for a good and fresh air from the nearby waters, a swimming pool which part of the lodges. In some lodges, you get to see monkeys jumping all over the trees but harmless and some other wildlife in the water. 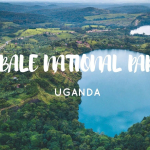 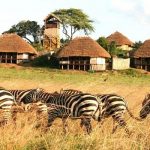