Mountain Elgon National Park is located in the eastern part of Uganda bordering Kenya. Mountain Elgon covers an area of 1,279 km2 and is bisected by the border of Uganda and Kenya. The Ugandan part of the park covers 1,110 km2 while the Kenyan part of the park covers 169 km2. The Kenyan part was gazetted in 1968 while the one in Uganda was gazetted in 1992.

The park was named after Mountain Elgon an extinct shield volcano on the border of Uganda and Kenya. This extinct porcano is one of Uganda’s oldest physical features first adapted around 24 million years ago to thrill while on Uganda Safaris. Mountain Elgon was once Africa’s highest mountain far exceeding Kilimanjaro’s current 5,895 meters. Millennia of erosion have reduced its height to 4,321 meters predicting it to be the fourth-highest peak in East Africa and eighth on the continent.

The first time Wagagai volcano erupted was over 23 million years ago and Mountain Elgon has stood higher than Mountain Kilimanjaro for some good years now. The mountain covers over 50 by 80 kilometers with the biggest surface size with destroyed volcanoes that once existed in the whole world. Crater Calder of Mountain Elgon has collapsed in an area of more than 50km which makes it the largest and most famous natural crater that borders a variety of rocky peaks.

Mountain Elgon National Park is home to a variety of small antelopes, duikers as well as forest monkeys which include the black and white colobus, the blue monkeys, and red-tailed monkeys that have been reported after being thought of as being locally extinct. Other animals including Elephants, buffaloes, leopards, and hyenas can be found on the lower slopes of the mountain.

The park is also home to over 200 bird species of particular interest are ejections possible from the eastern bronze nerve to pigeon and the endangered la magaya due to their restricted range. After his long leg, an endangered dragonfly was discovered here in 2005 and named after Nobel Prize Winner Wangari Mathai. Half of Uganda’s Butterfly species have been reported in Mountain Elgon together with the Fauna and flora.

Mountain Elgon National Park has a variety of beautiful scenery which include cliffs, caves, waterfalls, gorges, calderas, hot springs, and mountain peaks. The most popular areas are four explorable vast caves where frequent night visitors such as elephants, Buffaloes come to link the natural sword found on the curve walls. The tumor cave with overhanging crystalline walls enters 200 meters into the side of Mountain Elgon.

Activities to do in Mountain Elgon National Park

Mountain Elgon National Park has a number of huge mammals, small mammals, and primates that are viewed while on a mountain climbing adventure. While climbing Mountain Elgon, tourists usually use the route of Sasa Trail where you go through a small village called Budadiri that is found in Sironko valley up to Wagagai peak.

Earlier in 2012, mountain Biking was introduced at Mountain Elgon National Park by the Uganda Wildlife Authority to thrill Uganda Safaris. This can be done on a cool day and it takes 2 to 3 hours per session and starts from the Sipi trading center and it goes up to Chema Hill in Kapchorwa

Hiking at Mountain Elgon National Park is done on many trails all over the park which include;

Bird watching at Mountain Elgon National Park gives you an opportunity to view a number of bird species that are only found at this place. The park is home to over 200 birds which can be viewed from a number of places like the Kapkwai Forest Exploration Center, Cheptui Falls, and many other spots. These birds include Lueders Bush-Shrikes, White-Chinned Prinia, Cinnamon Bee Eater, Chubb’s Cisticola, African Blue Flycatcher, Tacazze Sunbird, Black Kite, African Goshawk, Baglafecht Weaver, and many more though not mentioned.

Mountain Elgon National Park offers wildlife viewing to visitors and they get to see a number of primates that include Monkeys, baboons, vervets, and many more. They will also see different kinds of mammals and birds at the park. This activity takes 3 to 4 hours.

Mountain Elgon National Park offers rock climbing activity that is conducted outside the park at Sipi Falls. Rock climbing needs the climber to be physically fit though it is kind of challenging at some point. The climbing equipments are found at the Sipi Falls Tourist Guide Association where a tourist gets to climb 20 to 40 meters.

Mountain Elgon National Park welcomes you any time of day throughout the year. On the other hand, it’s better to come around in the dry seasons which include June to August and November to March throughout the year. A visit to Mountain Elgon National Park in the dry season helps you to see a number of wildlife species like wild animals, wildflowers, and many more than in the rainy season. In the wet season, the trails tend to be more slippery which is quite challenging for some activities to take place while on Uganda Safaris.

How to get to Mountain Elgon National Park

The other way to reach Mountain Elgon National Park is by Air using a direct Airplane called Aerolink Uganda Limited or Bar Aviation that flies from Entebbe International Airport or Kajansi Airfield to Kisumu airport. The booking of the flight has to be done before the actual day of the flight and its only 1 hour and 15 minutes. Later from Kisumu airport, it’s a 50 minutes’ drive to the park. Flights from Kenya to Kisumu airport can also be arranged.

When planning on a trip to Mountain Elgon National Park, look no further than to book yourself a lodge near the park at an affordable price. Accommodations around the park for tourists depends on your budget because there are Luxury lodges, midrange lodges, Budget lodges, and camping at affordable prices.

For bookings, look at the following lodges:

This is located in the foothills of the mountain and it’s among the best luxury lodge with a wonderful view of Mountain Elgon National Park. Sipi river lodges have other cottages which include Aniet, Kapsurur, Chepkui, and Toben. All the cottages have an en suite bathroom and private veranda on the outside.

This is a mid-range lodge located in the suburbs of the Mbale district with old buildings. Mt. Elgon Hotel and Spa has other cottages which include Junior Rooms, Superior Rooms, and Executive Suites. The executive suites, host a number of guests but mostly politicians and members of royal families all over the world to enjoy Uganda Safaris.

This is a budget lodge that is located at the way in of Mountain Elgon National Park. These cottages were built back then for students that came to visit this beautiful park with wonders. Kapkwai cottages offer tents and cottages as well and they have well-organized canteens that sell delicious food and drinks. 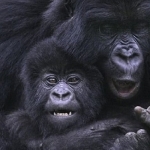 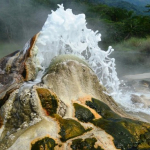